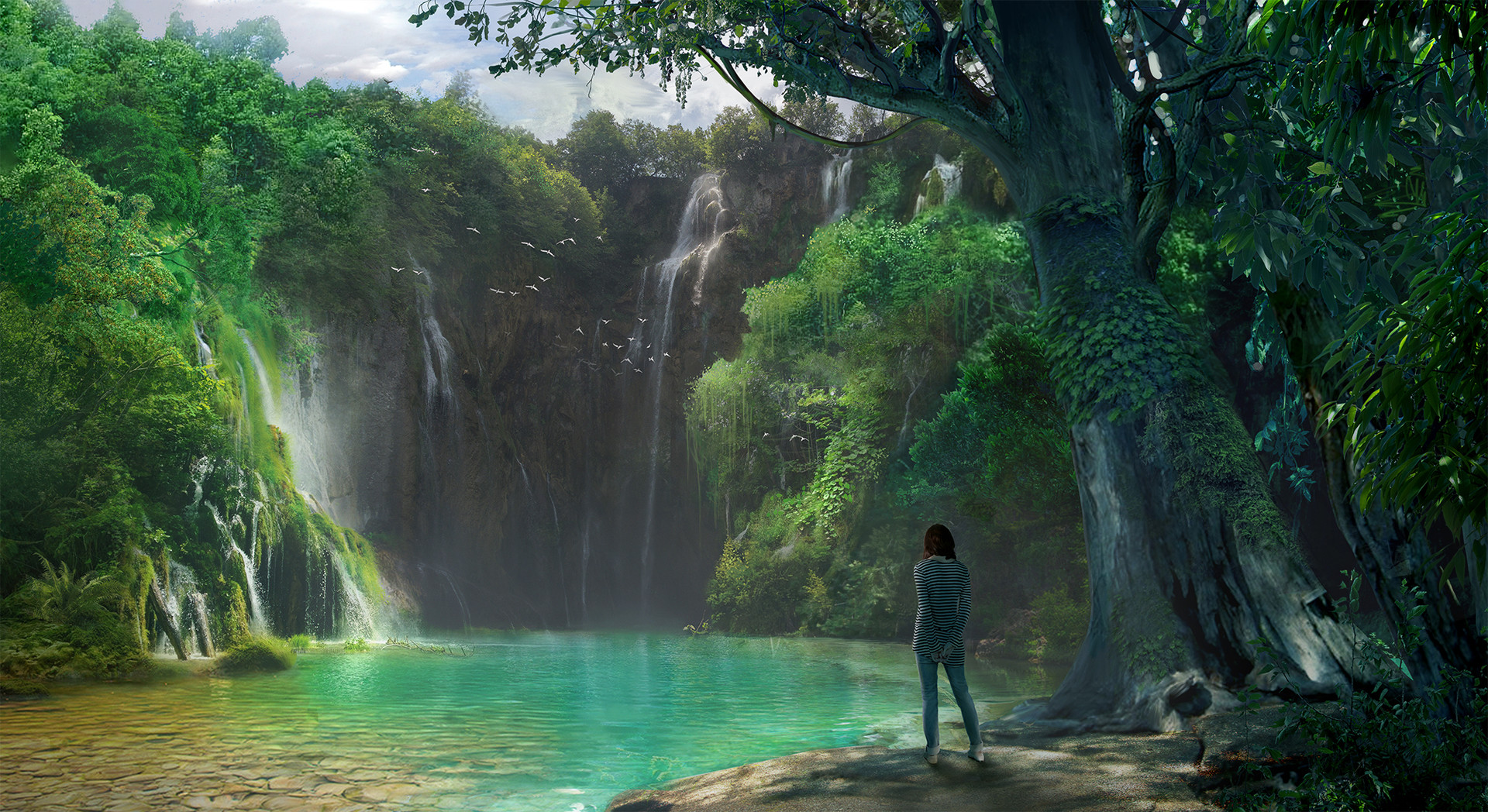 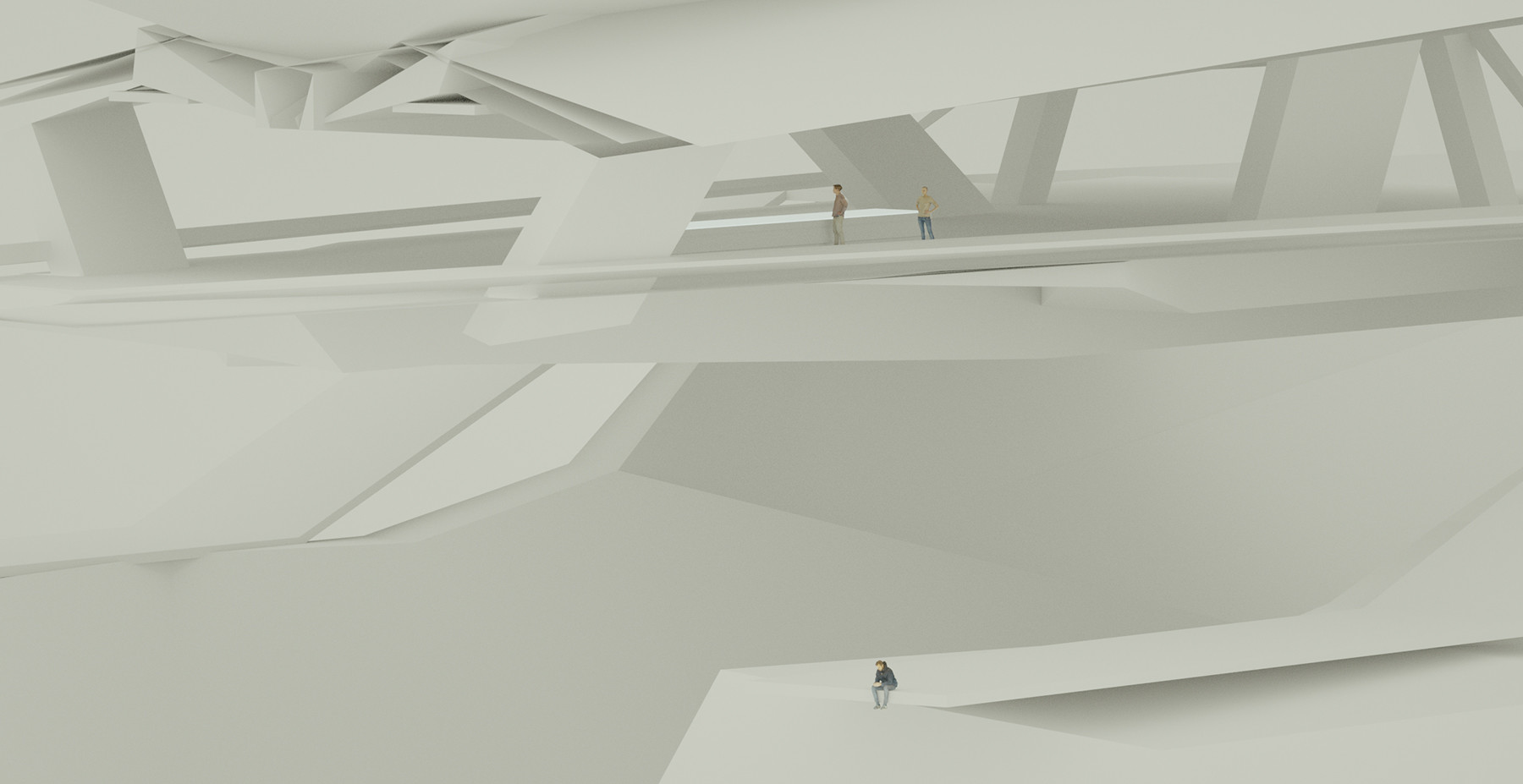 A larger environment design I lead with the overall idea of being able to explore a large mountain side, complete with hidden coves, secret areas in the forest and possibly even platformer puzzles on floating rock pathways. The project was abruptly canceled unfortunately but I still feel like that the design standards my team and I set out to achieve remain.

For instance we wanted to design architecture that was enjoyable to navigate in VR with teleportation leaps being the main form of travel. This means that instead of creating a space where people make small movements they're instead taking giant leaps. Keeping the structure elongated and drawn out allowed users to move more freely around the central meeting area without running into each other as much. Once a secret area was discovered it would be saved to your map for later fast travel.